Let’s Put Faces to the Neurogenic Hypothesis of RSI!

John Quintner has kindly agreed that this article can posted on this site. It originally appeared in Mind in Body.

This article puts an important historical and personal perspective on the challenge to MPS and trigger point theories, an important alternative theory about the pathophysiology of ‘RSI’. It really assists understanding to follow John’s personal journey on this subject. I too had accepted the trigger point hypothesis until doubts were raised by reading John’s work.

THE TRIGGER POINT STRIKES … OUT!

“The study of fallacies … should attune the student to the omnipresent dangers to which we are exposed as a consequence of imprecise expressions – vague, ambiguous, or misdefined terms – or of unarticulated assumptions and presuppositions [1].

The 1980s was a watershed decade for me. I had a long-standing interest in what was then called Physical Medicine, and my most valued textbooks were those written by James Cyriax, Allen Stoddard and John Bourdillon.

At that time the Australian epidemic of repetitive strain injury (“RSI”) – a diagnosis applied to primarily upper limb (forearm and wrist) symptoms, the cause of which was attributed to keyboard and other occupational overuse – was raging. I was forced to admit that my training and subsequent experience as a rheumatologist did not help me to understand the clinical phenomena associated with “RSI” that I encountered daily.

By chance I came upon the first edition of The Trigger Point Manual by Janet Travell and David Simons [2]. Could their theory of “myofascial pain” arising from “trigger points” fill the large gap in my understanding of these complex clinical problems?

These authors expanded upon an earlier publication by Travell and Rinzler [3] in which patterns of “pain referral” from specific muscles were illustrated. However, as they did not publish the evidence upon which they based their patterns, it appeared to me that the illustrations were based on little more than inspired guesswork.

Nonetheless, taken at face value, the hypothesis for Myofascial Pain Syndrome (MPS) advanced by Travell and Simons seemed quite convincing: myofascial trigger points (MTrPs) were the sites of tissue damage, and resided within taut bands located in the culprit muscles. In hindsight, this is an excellent example of circular reasoning!

Many of the MTrPs (marked with an X), together with their respective patterns of pain “referral”, were impressively displayed. Treatments such as cold spray administered to the skin followed by gentle stretching of the involved muscle was said to be helpful, if not curative (page 63).

In addition, insertion of “dry” needles into the MTrPs followed by stretch of the involved muscle was recommended, as were ischaemic compression (page 86) and massage (page 87).

But when I met the late Bob Elvey, he completely changed my way of thinking about these clinical problems. Bob’s mantra was that “muscles protect nerves.” He introduced me to the dynamics of the nervous system and I came to understand that peripheral nerves of the upper limb had evolved to be able to adapt to the various changes in limb position and length and that they were vulnerable at certain anatomical points along their course. His pioneering work on methods of assessing the mechanosensitivity of peripheral nerve trunks has greatly enhanced the clinical examination of the upper limb.

In addition to these important clinical insights, I became aware of the large mechanical forces that could potentially be generated within the cervical spinal canal by the maintenance of fixed head/neck postures being adopted by those who performed repetitive manual work.

On a closer reading of The Trigger Point Manual, I discovered that the authors had made at least three fundamental epistemological errors that cast considerable doubt upon their theory of MPS.

These three errors are not directly related to MTrPs, which are in any event yet to be validated, but rather to poor diagnostic reasoning.

Secondly, they believed that a normal conventional electrodiagnostic examination effectively ruled out the possibility of peripheral nerve pain (page 22). Such an examination does not provide any information as to the state either of the small diameter nerve fibres responsible for nociceptive input or that of the nerve interstitium.

Thirdly, they announced in Table 3.2 (page 63) that taut bands within muscles that contained MTrPs could entrap peripheral nerves in the vicinity. The existence of such bands had never been demonstrated and it was therefore highly speculative and erroneous to attribute nerve entrapment to such a mechanism.

To further confuse matters, it was later shown that “experts” in MPS diagnosis could not agree as to the location of or even the presence of individual MTrPs in a given patient.

The mind-boggling list of possible causative and perpetuating factors for MTrPs was completely devoid of scientific evidence and therefore lacked credibility. But at least any of a myriad of factors could be drawn upon to exempt from blame those well-meaning therapists who were finding that the recommended treatment regimen was ineffective.

Finally, those who became “dry needlers” appeared to be unaware that when justifying their assault on MTrPs they were following the “like cures like” tenet of homeopathy. In their parlance, physical therapists (including physicians) were obliged to create a lesion in muscle tissue in order to cure (“desensitise”) a lesion (for which there was no pathological evidence).

Meanwhile there were important developments on the “RSI” front. Taken together, our work and that of Milton Cohen’s group in Sydney provided scientifically credible and testable hypotheses for “RSI” [4,5]. But that is for the next installment.

Early in the 1990s, Milton and I decided to challenge myofascial pain theory. At the time, another concern of ours was that the fibromyalgia construct was also logically and epistemologically flawed.

In our 1994 paper we deconstructed the MPS hypothesis of Travell and Simons, found it wanting, and offered scientifically credible explanations for the observed clinical phenomena [6]. 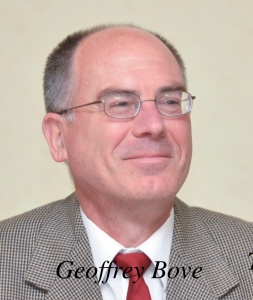 The pioneering studies of nerve inflammation conducted by Geoffrey Bove and the publication by Geoff, together with Alan Light, of the “nervi nervorum” hypothesis [7] attracted our interest and culminated in an alliance with Geoff that has continued.

In brief, Geoff’s studies have had two major impacts on how we think about pain felt in muscles or other deep structures.

Firstly, he confirmed the presence of nociceptors with multiple receptive fields that branch within the nerve sheaths and extend to other deep tissues (nervi nervorum) [7]. The implication of this finding is that activity in a receptor in one structure could be perceived in another.

Secondly, he showed that inflammation of nerves has profound effects on these same axons, the nociceptors to deep structures. These effects include ongoing activity and abnormal mechanical sensitivity [8, and others]. The implication of this finding is that this activity will be perceived by the brain in the area of the normal receptive fields, not in the area of the problem.

Both of these mechanisms are critical to the concepts being discussed, as they open more plausible possibilities for pain perceived as coming from muscles (see Figure 1).

However our challenge to the MPS theorists failed to evoke a response, which we thought surprising, given that we raised serious doubts about their construct. Not only was the MPS/MTrP literature expanding in volume but also the editors of journals that published papers based on MPS theory appeared reluctant to countenance any criticism of the authors.

But this subsequent literature was also notable for its failure to acknowledge that the underlying hypothesis was flawed – no one has ever succeeded in demonstrating nociceptive input from putative myofascial trigger points. All subsequent “research” simply assumed the truth of what started out – and remains – as conjecture.

Early in 2013, Milton, Geoff and I joined forces and decided that another paper was needed to refute the MTrP dogma. The three most prominent North American pain journals did not accept our offerings. Eventually our paper was published online, with open access, in Rheumatology [9].

Now we are left with a major challenge – how to explain the pain previously attributed in error to MTrPs. We hope that in our latest paper we have pointed the way towards a theoretical model that will explain the clinical phenomena by incorporating our knowledge of the mechanisms of referred pain and tenderness, along with the well-documented clinical findings of nerve trunk allodynia, and the experimental evidence derived from studies of nerve inflammation.

I gratefully acknowledge the assistance of Geoff Bove and Milton Cohen when preparing this article.

John Quintner is a retired physician in Rheumatology and Pain Medicine who is currently a volunteer with Arthritis and Osteoporosis WA. He is now interested in contributing to pain education for health professionals and consumers. John has long been active as an iconoclast in the field of pain theory and practice. The prime targets have been myofascial pain theory and the North American fibromyalgia construct. His skeptical approach has been well balanced by Milton Cohen’s critical analytical skills. Most of John’s useful ideas have come to him whilst “in the zone” atop his long-cherished bicycle.

Figure 1. Proposed hypothesis for the development of focal muscle sensitivity and possible alteration in muscle texture with a proximal neural cause. Inflammation affecting a peripheral nerve (red spot) results in spontaneous and mechanically evoked afferent and efferent action potentials in small caliber sensory neurons innervating non-cutaneous structures, and decreased sympathetic discharge (-). These processes may cause reflex motor discharge sufficient to cause a palpable contraction (?), which combined with clinical phenomena associated with neurogenic inflammation (+), could explain the clinical phenomenon that has become known as a “trigger point.”

As an occupational physician in private medical practice in Hobart, Tasmania - the southernmost state of Australia, I see workers referred by their general practitioners with various types of work-related injuries and diseases. These are mostly musculoskeletal injuries, both of traumatic and gradual onset as well as various associated psychological disorders. With interaction with patients for treatment and providing advice about rehabilitation, I have the opportunity, first-hand, to observe interactions between individual patients and compensation systems. I also conduct independent medical assessments, including impairment assessments for musculoskeletal injuries and asbestos-related disease compensation. This provides another perspective of workers within compensation systems.
View all posts by Tasworkdoc →
This entry was posted in Uncategorized and tagged David Simons, Janet Travell, John Quintner, myofascial pain, trigger points. Bookmark the permalink.

1 Response to Let’s Put Faces to the Neurogenic Hypothesis of RSI!